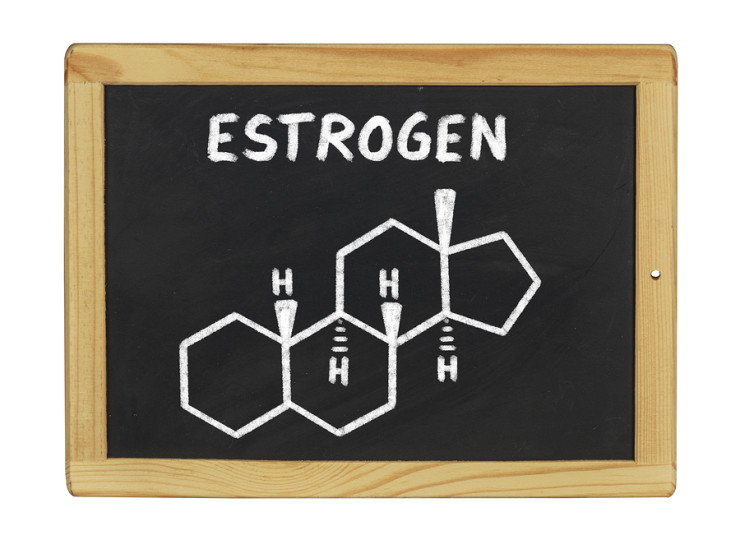 The body can make choline only one way; that is by methylating a molecule of phosphatidylethanolamine (PE) into a molecule of phosphatidylcholine (PC).  The body’s only method for accomplishing this is via the enzyme PEMT (phosphatidylethanolamine N-methyltransferase) which is found in the liver, brain, muscle, fat and other tissues.1,2    As with other well-known methylation enzymes like MTHFR and COMT, the PEMT enzyme can have genetic SNPs that slow it down.  When this enzyme slows down the body cannot make choline in high amounts and choline deficiency is more likely.  But there is more to the story of PEMT than just polymorphisms.  In addition to being slowed by SNPs, PEMT is also dependent upon the hormone estrogen for activation. 1, 3  What this means is that the PEMT enzyme, the body’s only method of synthesizing choline, has not one but two Achilles heals.  The PEMT pathway and how it relates to phosphatidylcholine production is shown in Figure 1.3 below.

As mentioned above, the sex hormone estrogen is intimately linked with the production of choline.  Women have a biological advantage here as the premenopausal female body has much higher levels of estrogen than does the male body.  When a woman becomes pregnant this advantage is taken to an extreme, as pregnancy increases estrogen levels over 30 times normal.4  A successful pregnancy requires high amounts of nutrients delivered to the growing baby, esp. choline.  Since the mother’s body is building a human being from scratch, there is an added burden on her biology to provide enough nutrition to her growing baby.  Viewed from this perspective, the high estrogen levels during pregnancy can be seen to act like a biochemical insurance policy.  Since the PEMT enzyme requires estrogen to function, pregnancy allows a woman to make extra choline for her developing child.  Furthermore, the nervous system is the first system to form in utero and is a tissue that requires high levels of choline for proper development.5, 6  Choline plays such an important role in cell membranes, myelin sheaths, and nervous system tissue that the high estrogen levels during pregnancy help make sure the growing brain and nervous system is nourished.  It is a genius system that assures the health and survival of the child.

Even though Nature has conferred an advantage to females by providing them with higher estrogen levels, esp. during pregnancy, this alone cannot protect against a lack of choline in the diet.  All the estrogen in the world will not save a woman from choline deficiency if the gene responsible for producing choline is slowed down by a polymorphism.  Genetic research has shown that the gene responsible for synthesizing choline, the PEMT gene, is susceptible to common polymorphisms which alter its function by slowing it down.  In a recent study looking at a population in North Carolina, men and women of various ages were placed on a choline-deficient diet.  They were followed closely for up to 42 days on a low choline diet consisting of less than 50mg choline per day.  Throughout the study, the participants’ liver function was continuously assessed for any sign of fatty liver and damage.  After eating a choline deficient diet for just six weeks, 63% of participants developed liver dysfunction and choline blood levels dropped 30% in every single participant, including premenopausal females.7  During this six week trial of low dietary choline the odds of developing liver dysfunction were 77% for men, 80% for postmenopausal women and just 44% for premenopausal women.7  Based on what has been discussed so far about estrogen and choline, it makes sense that men and postmenopausal women would be more susceptible to developing fatty liver since they don’t have high estrogen levels.  And based on the fact that estrogen levels drive choline production, premenopausal women should have been protected from fatty liver since they make higher amounts of choline – but that was not the case.

With dietary choline restricted to just 50 mg/day, approximately half of the premenopausal group also suffered liver dysfunction, suggesting that a choline deficient diet can even harm women with higher estrogen levels.  In addition, blood tests revealed that premenopausal female experienced a 30% loss of choline on a low choline diet right along with everyone else.   Despite the fact that higher estrogen levels allow fertile women to make more choline, many were not able to make enough to avoid problems.  A PEMT gene polymorphism is the only mechanism that can explain how women with high estrogen levels are still susceptible to choline deficiency when placed on a low choline diet.

If having a PEMT gene can put one at risk for choline-related diseases like fatty liver, then it is important to know how common these genes are in population.  We know that 74% of all women in the study had a SNP in the PEMT that made their PEMT enzyme unresponsive to estrogen.9  This means that only 26% of women can make enough choline on a low choline diet; and that ability depends on whether the woman is still fertile or has entered menopause.  In this way genetics can take away the biological advantage that high estrogen levels usually offer to premenopausal females.  Women with these PEMT genes will be at risk for choline deficiency and liver damage just like all men and post-menopausal women – two groups who don’t have enough estrogen to make choline regardless of their genes.  Due to all the interference from the PEMT gene, dietary choline levels must be optimized for the vast majority of our population.

Summary of PEMT and Choline Deficiency:

The take away here is that studies have recently shown that because of common genetic polymorphisms, choline deficiency is a widespread problem.  Normally the hormone estrogen allows the body to make choline from scratch.  However, genetic variation in the PEMT enzyme, estrogen levels and gender differences prevent most people from making adequate choline.  Realistically then the only group in our population who is protected from choline deficiency are premenopausal females without a single copy of the slowed PEMT gene.   Every single male, every single postmenopausal woman, and 74% of premenopausal woman all require daily intake of approx. 500 mg of choline to prevent fatty liver, organ damage, and the associated health problems.7  If the body is already depleted, then levels that simply prevent deficiency won’t be enough to replete the body.  In these cases, higher daily doses of at least 1 gram or more are needed to replenish the tissues.  Choline it seems must be absorbed from the diet in just about everyone except for the few young women who have a normal PEMT gene and can synthesize choline regardless of dietary intake.

2 Tehlivets O. Homocysteine as a risk factor for atherosclerosis: is its conversion to s-adenosyl-L-homocysteine the key to deregulated lipid metabolism? J Lipids. 2011;2011:702853. Epub 2011 Aug 1.

We are excited to announce the release of Dr. Rostenberg’s new book titled Your Genius Body. The book is currently available for download from our BeyondMTHFR Store. Your Genius Body is available in Kindle, paperback and iBook format for purchase for as little as $7.00!