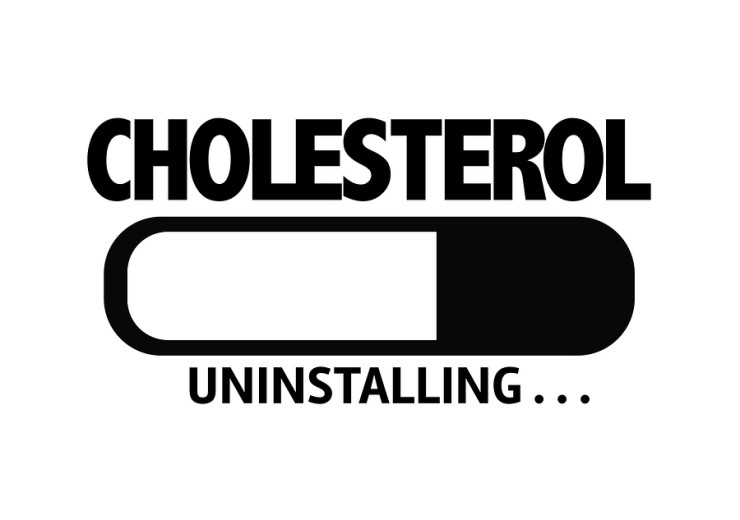 Low Lipids as a Common Cause of Choline Deficiency

Choline is an amazing molecule and one that is very important for optimum health.  It has often been said that our health depends first and foremost on the health of our cell walls.  And if that is true then choline must be considered among the most important nutrients in the body since phosphatidylcholine, a choline-rich phospholipid molecule, is the most common building block of all the cell walls and membranes in our body.1  Choline is both absorbed from the diet and produced inside the body through the methylation process.  Even though the body can make choline or absorb it from the diet, there are many common health challenges than can cause choline deficiencies.  And first among those challenges are phospholipid deficiencies.  Because once the body has absorbed or created a molecule of choline, it must attach it to a molecule of phosphatidylethanolamine (PE) in order to form phosphatidylcholine (PC). There must be an ample of supply of TG in order for the body to make phosphospholipids, including PE.  To better understand this “supply chain” relationship between dietary inputs and PC levels, please refer to the illustrations in Figures 1.1 and 1.2.

Figure 1.1 – The Law of Communicating Vessels – discovered by Blaise Pascal in the 17th Century, describes how liquid poured into communicating vessels will raise to the same height in each.  This is a perfect metaphor for biochemical pathways.  The primary vessel must be full or “saturated” with substrate before any products show up in the secondary vessel.  Again, the secondary vessel must be saturated before the third vessel, third before the fourth, and so on.

When a person has low TGs they are going to produce fewer phospholipids, fewer molecules of PE, and fewer molecules of PC.  This is due to the fact that TGs act as the fatty backbone of every phospholipid molecule in the body.2  Without adequate TG being produced, every single cell in the body will be forced to slow down building and repairing the cell wall.  If the cell wall isn’t repaired quickly enough, damage from inflammation may cause the cell to malfunction or even be destroyed.  Thus this loss of TG production will cause a choline deficiency and will negatively impact multiple systems inside the body.

Every single cell requires large amounts of phospholipids, especially phosphatidylcholine, to build healthy cell walls and function normally.  In fact, PC is the most important building-block of the cell wall, and more than 90% of the body’s choline is stored as phosphatidylcholine in the membranes of cells with only a small amount circulating as free choline.3  The body places a premium on choline because it acts both as a structural component and as a cofactor in important methylation reactions.  The body stores choline inside the cell wall like a long-term methyl donor savings account.  The body tries to manage without dipping into this savings, but under certain conditions, the body will be forced to make a withdrawal.  Under conditions where folate is unavailable, choline is removed from the cell membranes, converted into betaine, and used to recycle homocysteine via the BHMT enzyme.3  This relationship illustrates how a  primary folate deficiency will lead to a secondary choline deficiency, with broad consequence on neurological health  and membrane stability.  And without adequate TGs the body cannot store what choline is available in the cell wall, further compromising methylation resources and cell wall integrity.  Simply producing choline inside the body will not guarantee phosphatidylcholine will be produced – that ultimately depends on whether TGs are available to produce PE.  In this way the body’s supplies of lipids, especially TGs, act as rate-limiting factors in the production and storage of choline.  This point is illustrated more clearly in Figure 1.2 shown below.

Besides TGs, cholesterol levels may also be depressed in persons with a choline deficiency.  This is due to the fact that cholesterol and TG share a common biochemical starting point at the molecule Acetyl-CoA.  Acetyl-CoA is found in every cell, is produced in the mitochondria and plays a major role in energy and growth.4  Acetyl-CoA builds up in the cell when the cell burns sugar, protein or fat for energy.  Low Acetyl-CoA levels mean a person is not eating or absorbing enough food from the GI tract and not enough energy is being burned in the cells.  In other words they are suffering from hypoglycemia, and likely feel tired, weak, and lightheaded if meals are missed, etc.  If there is not enough Acetyl-CoA to produce TG, there will not be enough to manufacture cholesterol either.  Again, TG and cholesterol share the same biochemical starting point; low cholesterol and low TG often occur together.  Meal skipping, poor digestion and improper food selection are the main causes of low lipids.  Taking nutritional supplements with choline without fixing the dietary habits will create frustration and lackluster results.  To raise cholesterol and TGs patients will need to eat more frequently than 3 meals per day.  One meal every 3 hours is more helpful and is required to boost the blood levels of glucose to the point where the glycolysis pathway becomes saturated.  Only by saturating the glycolysis pathway will levels of Acetyl-CoA rise high enough to start replenishing both TG and cholesterol levels.  The solution to low cholesterol and TGs resides in frequent eating, eating fatty and cholesterol-rich foods, and by avoiding excess HPA-axis activation.

The overall strategy to increase lipids back to normal range is to saturate the pathways involved with the production of cholesterol and triglycerides.  Due to the law of communicating vessels (Figures 1.1 and 1.2) the upstream biochemical pathways, or pools, must be adequately saturated before any final products will show up downstream.  If someone is starting from a deficient standpoint, they are going to need to absorb a lot more nutrients than most clinicians think is necessary in order to start seeing results.  This is due to the fact that human biochemistry is not a 1+1 = 2 system.  In fact, there are multiple steps and mechanisms at play with even the most basic processes inside the body.  Even cholesterol production requires dozens of chemical reactions to produce a single molecule of cholesterol.5  Only by making sure all these precursor pathways are working at their maximum speed will the body be able to cause levels to rise back to normal.

Keep in mind that the majority of people with a cholesterol problem in developed countries have high cholesterol, which indicates their cellular pathways are already over-saturated from excess fructose and other refined carbohydrates.  And the problem of excess cholesterol gets plenty of attention from doctors, drug companies and media campaigns.  Yet there are many who are suffering from low cholesterol and are getting poor treatment.  This is due to ignorance on the part of doctors and clinicians and a misunderstanding of basic human biochemistry.  Since choline is critical for neurological health, digestion, methylation, and more, anything that puts choline levels at risk also puts our health at risk.  Low cholesterol and TG may not be an issue if it weren’t for the detrimental effect it has on choline levels and cell wall function.