A Primer on Methylation

October 21, 2013 Introduction to Methylation and MTHFR 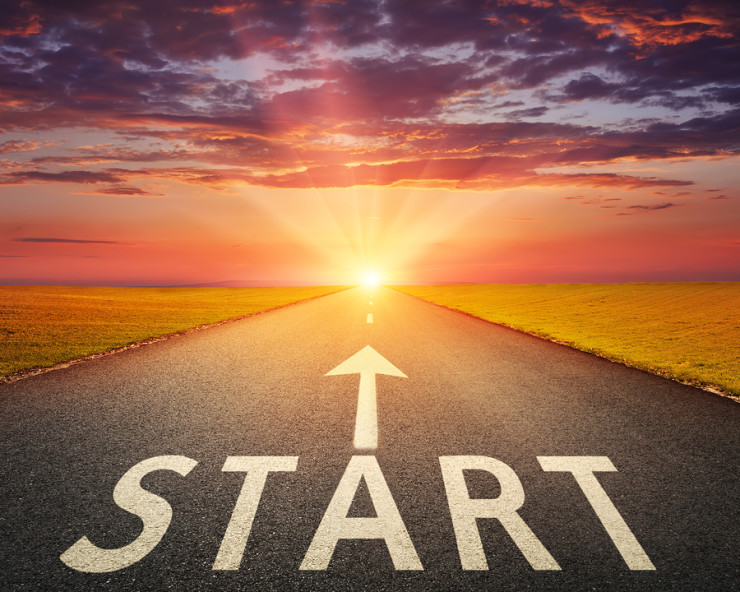 Ever heard of Methylation? Its okay if you never have…most doctors haven’t either! It is a big subject and connects the dots between your genes, the environment, and why some people get sick with chronic diseases and others don’t.

Methylation controls how your body removes toxins, grows and repairs, and functions properly.  Methylation basically affects every cell in your body from the moment you are conceived until the moment of death.  This process has to do with genes – how they turn on and what processes they control.  Current research is now pointing to certain genes as the underlying cause of a wide variety of chronic diseases such as heart disease, stroke, cancer, depression and many, many more.  Most of these genes have a connection to the methylation cycle, so understanding how to treat patients with these genes becomes an important tool for creating health naturally.

Dr. Rostenberg is one a handful of natural doctors in the country who specialize in this important area of study.  The philosophy behind natural health is to treat the underlying cause of disease – not cover it up with band-aids.  By treating methylation problems, Dr. Rostenberg is helping to not only fix complex health problems, but to also prevent them from ever starting.  Keep reading as you will see the topic of methylation is far from boring.   This pathway and the genes associated with it are at the very heart of many of the modern health challenges facing our society.  In order to be truly healthy in the 21st Century, we must have a balance between our genes and our environment.  Only by working holistically through diet and alternative health care can this balance ever be achieved.

An Overview of Methylation

While it can be a very confusing subject, one way to view the methylation cycle is to see it like the flow of traffic through a city.  Instead of cars on paved roads we have molecules moving along biochemical pathways – but the same rules apply.  Just as a city can have excellent streets with free-flowing traffic , so too can a body have balanced biochemical pathways with high levels of nutrients available.  Taking this example further, we can see that the same issues which would decrease the flow of traffic in a city would cause problems for our own biochemistry.  If a city had something blocking the main roads, then drivers would spend more time just trying to get from point A to point B.  Important deliveries would get behind schedule and pollution would increase as all those cars sat bumper-to-bumper waiting.  It’s the same inside the body.  If a person’s body has slowed methylation pathways, then it cannot run important cellular processes at full speed.  When the supply of methyl groups is somehow reduced either by internal problems or dietary deficiency, toxic molecules build up and dysfunction soon results.  Anything that slows the delivery or internal production of methyl groups to the body will cause the body to function at a lower level.  And who wants that?

Some readers may recognize that methylation and the methyl cycle is also referred to in some studies as “one-carbon metabolism” and this is no accident.   The word methylation is named according to the rules of organic chemistry where different compounds are named based on how many carbon atoms are attached.   The word methyl- means one carbon, ethyl- means two carbons, butyl- means three, propyl- means four, etc.  So when we talk about methylation we are talking about a one carbon molecule with three hydrogen attached to it – CH3.  This simple molecule is like the currency that runs the economy of our body.  Without money, or methyl groups, in circulation the commerce of the body can slow or come to a halt all together causing widespread problems.

You might be wondering just how important is the methylation cycle?  These methyl groups are absolutely critical for life inside the human body.  As we examine the various systems of the body it will clear how methylation is a key component to health living at any age.  The methylation pathway must deliver methyl groups to every cell in the body otherwise our health will suffer.   In fact, methylation is so important that it plays a role in everything from miscarriage, Down’s Syndrome, and autism to cardiovascular disease, stroke, depression, cancer, and more.

Methylation problems are not well known.  But that doesn’t mean they aren’t common.  For example, approximately 44% of all North American Caucasians have one copy of the gene MTHFR C677T while 47% of all Caucasians have one copy of the gene MTHFR A1298C.1  What this means is that about half of all European-Americans have one MTHFR C677T mutation, and if you happen to the lucky half that doesn’t have a C677T mutation, you still have a 50% chance of having the A1298C mutation.  Just looking at these two genes by themselves we can see that over 75% of the target population would be affected.  This doesn’t take into account all the other methylation genes besides MTHFR like COMT, PEMT, MTR, MTRR, etc.  I think it’s safe to say that methylation problems are a bigger issue than the standard healthcare model has recognized.

Now that we know the MTHFR genes are common, we need to look at how they can slow down human biochemistry.  Both C677T and A1298C are different types of polymorphisms that change the shape of the enzyme MTHFR.  The enzyme depends on a specific shape in order to perform a specific function.  If the shape of an enzyme changes, it may slow down or speed up, which can alter its function with grave consequences to human health.  A single copy of an MTHFR polymorphism, termed heterozygous, is often less damaging than inheriting both copies which is called homozygous. For example, if a person is born with one copy of C677T (heterozygous) then they have an enzyme that is slowed down roughly 30-40% while inheriting both copies (homozygous) reduces enzyme speed 60-70%.2   Inheriting a single copy of  both MTHFR C677T and A1298C (compound heterozygous) will reduce the speed of the MTHFR enzyme around 60%.3  We don’t all have to be genetic scientists to know that a 30% reduction in biochemical pathways is better than a 60 or 70% reduction.  This reduction in enzyme speed means homozygous or compound heterozygous carriers are more sensitive to toxins, susceptible to digestive problems, and likely to experience perplexing health challenges.  Does that sound like anyone you know?

When scientists use this information about MTHFR genes and then look at the prevalence of disorders such as Autism, the evidence is even more alarming.  Since methylation pathways are involved in the removal of toxins and the growth and development of the brain and nervous system, genes such as MTHFR have a big effect on Autism.  It has been discovered that 98% of all children with Autism have at least one polymorphism of the MTHFR gene which is a much higher ratio than in the general population.1  Glutathione is the body’s main antioxidant and it is necessary to protect the body from internal and external toxins that may damage cells and slow development.  It is known that autistic children have less glutathione in their cells than healthy children their same age.4   Lower glutathione levels would hurt the autistic children because they would be less able to detoxify and high inflammation would interfere with the development of their brain, their personality and ultimately their social interactions.

Even though Autism doesn’t become recognized until early childhood, the problem often begins before birth.  Mothers are like many people in our society – they are living in a toxic world that exposes them to high stress, terrible food, strong hormones and dangerous toxins.  It makes sense then that MTHFR-related genes cause mothers to be more likely to give birth to Autistic children.  For example, mothers of Autistic children often carry a gene RFC1 which slows uptake of folate from the small intestine and often have higher levels of homocysteine and other markers of poor methylation status.5  It should come as no surprise that slower uptake of folate in the mother makes it more likely she will become deficient and not be able to provide enough for the baby.  That will make it more likely she will be methylation deficient and have a child that doesn’t develop properly, which sadly, is a phenomenon that is on the rise.

But its not all bad news.  The same research that is connecting the dots for methylation genes and Autism is highlighting the way for us to prevent Autism all together.  It makes more sense, both morally and financially, to prevent a problem from happening than to try and clean it up after it has already happened.  Interestingly the science is in complete agreement with the idea that Autism can be prevented with nutrition.  Giving mothers the adequate levels of folate before and during early pregnancy can reduce the risk of having a child with Autism, esp. if the mother has methylation-related gene polymorphisms.6

Methylation is very common.  Up to 75% of the population has at least a one copy of a gene that can slow down this important part of human biochemistry.  When these pathways slow down, the methyl account dwindles and may actually be depleted.  If this happens, then the methyl groups in the body cannot keep up with all the body’s needs.  This creates inflammation, lowers detoxification, and may even lead to developmental problems like Autism.  The solution is found in the problem itself.  Methylation-related problems like these are both treated and prevented by the right combination of methyl nutrients, esp. folate.