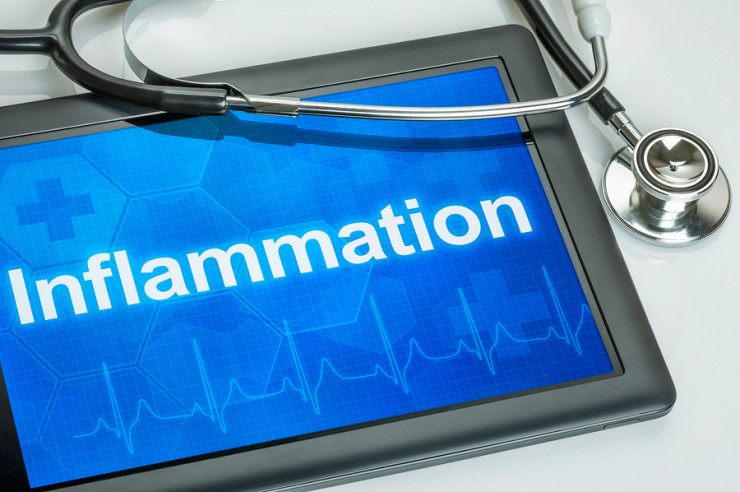 In the first video the groundwork was laid in understanding where homocysteine comes from and how it impairs methylation, esp. in the brain. In Part II, Dr. Rostenberg goes deeper into the science and peer-reviewed research to throw light on how homocysteine acts as a toxin to disturb health and methylation. Like most things dealing with methylation, there is a lot to this topic and its easy to get overwhelmed.  The key point to take away from this video is homocysteine is a toxin and is a contributing factor to many of today’s most challenging chronic diseases like heart disease, stroke, diabetes, dementia, and more.  As I show in the video, homocysteine’s effects on our body are profound and multifaceted.  Its no wonder that imbalanced homocysteine can cause so many problems!

Excess homocysteine proven to cause the following biochemical problems:

Yikes!  That is a lot of bad stuff caused by one little molecule.  Its pretty clear so far that homocysteine is both NECESSARY and a POTENTIAL TOXIN.  The key to remember is that high homocysteine doesn’t happen in a vacuum.  It is a response by the body to a toxic environment, unless in rare cases someone is born without a gene or a completely defective copy (quite rare).  The body raises homocysteine and shuts off methylation to conserve the raw material necessary to build glutathione.  Its all connected.  The best way to view high homocysteine levels is not as a toxin per se, but as evidence of EXPOSURE to toxins of some kind.  People with high homocysteine often have chemical, environmental, or biological toxin exposure, such as a chronic gut infection.  Finding the source of WHY homocysteine is elevated becomes just as important as trying to take nutrients to lower it.  Those are some big ideas and we haven’t even yet discussed how genetics plays a role in these pathways.

In addition to the three homocysteine pathways discussed in the first video, there are other SNPs like GSTM, GSPT, and ACHY that influence how the cells respond to high homocysteine.  As we will see, making glutathione is one thing, and actually attaching it to a toxin like mercury or DDT and removing it from the cell is another.  The genes GSTM and GSTP create the cellular enzymes which are responsible for conjugating (gluing together) xenobiotics with glutathione – an important part of detoxification called phase II.   With SNPs like GSTM and GSTP cells are less able to defend themselves because they are slower at phase II gluathione detoxification.  This glutathione transfer is one very important part of our antioxidant defenses, and if it isn’t working properly we can suffer from all kinds of chronic health problems.  Some common conditions of impaired glutathione function include:

Wow!  We all know people who have problems like that which are due in large part to a poorly functioning glutathione/phase II detoxification system.  Needless to say those with impairments in the GSTP/GSTM pathways will need extra help detoxifying garbage and will want to avoid exposure to chemicals and carcinogens.  This is why many practitioners including myself often start with detoxification as the first step in treating a methylation problem.  Improving glutathione function just has such a positive effect across multiple systems that it often yields amazing results.   While GSTP/GSTM deals with glutathione, the AHCY gene deals directly with homocysteine and it can interfere with methylation all over the body.

AHCY stands for S-adenosylhomocysteine hydrolase (don’t you just love scientific language…) and is responsible for breaking down the SAMe molecule after it has donated its methyl group to a given methyl reaction.  Looking at it another way, if CBS is the drain that pulls homocysteine out of the methyl cycle and MTR/BHMT both act to recycle homocysteine, then AHCY acts to CREATE homocysteine in the first place!  Not a lot attention has been paid to this SNP but it is in fact the only enzyme in our body capable of producing homocysteine.  The problem arises when AHCY is going slow because this allows the “almost” homocysteine molecule, aka adenosylhomocysteine or AdoHCY, to build up.  And this build up of AdoHCY INHIBITS the SAMe methylation reaction.  Confused yet?  Bear with me now and lets recap…

What I am saying is that AHCY is a key player because it is responsible for breaking down the molecule left over from SAMe donating a methyl group, known as AdoHCY for short. AdoHCY has to be turned into homocysteine so it can then go into the three important pathways I covered in Part I.  If AHCY is slowed down, then the problem is not necessarily high homocysteine.  The problem is that levels of AdoHCY – the leftover, “almost” homocysteine molecule – build up and start to SHUT OFF SAMe-mediated methylation.  In other words, with a slow AHCY we are susceptible to having slowed methylation globally all over the body because AdoHCY levels build up.  And it goes without saying that slow methylation is something we want to avoid since we know how much that can mess up our bodies.

The way to fix the AHCY problem is to make sure that homocystiene doesn’t accumulate and build up in the cell.  This means that as long as MTR/BHMT and CBS are functioning appropriately and homocysteine is recycled or transulfurated (new word?) then AHCY won’t be a problem.  The biochemistry of the AHCY reaction favors making more AdoHCY instead of making more HCY, which predisposes us to slowed methylation.  We can overcome this biochemical tendency by making sure our homocysteine and adenosine levels are kept in check.  Ideas on how to do that are too numerous to discuss at the moment.  As I continue to share my research on BeyondMTHFR.com, there will be lots more pearls on how to balance all of this methylation madness.  Be patient…you will be better!

By studying the current peer-reviewed research, Dr. Rostenberg has discovered powerful, natural strategies to defend the brain against toxic effects of homocysteine.  He can help you uncover the genetic causes of your health problem and find a natural solution!  If you would like help with your methylation genetics to improve your brain function or balance your homocysteine levels, please contact Dr. Rostenberg at Red Mountain Natural Medicine today. Phone 208-322-7755. Email redmountainclinic@gmail.com. Website http://www.redmountainclinic.com