MTHFR and SIBO Part II – The Three Causes of SIBO

September 23, 2014 MTHFR and the Gut-Brain Connection 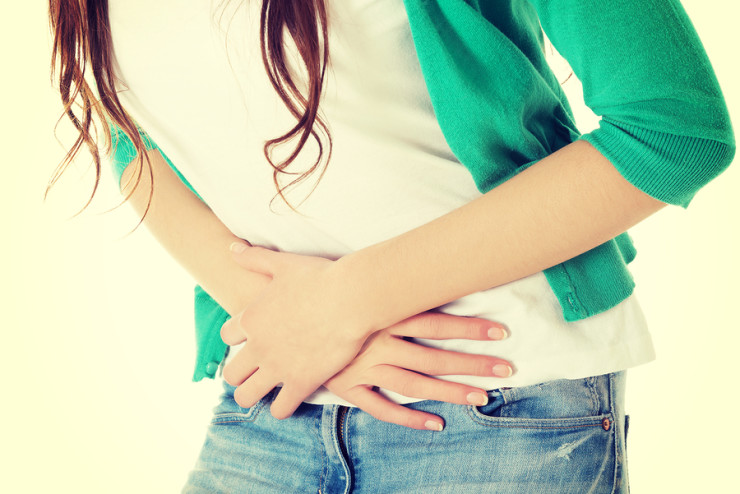 Have you ever heard that before you treat your methylation problem, that you must heal the gut first?  Well I am here to share with you more information that supports that idea. As you will see, SIBO is a problem that is caused by several major issues which plague our society – poor nutrition, stress, toxicity and excessive dependence on pharmaceutical drugs.  Combine all that with less-than-optimum methylation genetics and you get a recipe for disaster.  In support of this concept I will show you studies which highlight how the “standard of care” in our medical system is destroying our digestive tracts.  But lets not get ahead of ourselves.

In my previous video I shared with you what SIBO is and how it can interfere with the methylation cycle.  That video explains how excess bacteria growing in the small bowel not only makes us malnourished, but it is the main reason why people get weird symptoms from taking methylation support or b vitamins.  Because SIBO increases levels of folic acid inside the body it creates a big issue for those of us with methylation SNPs.  As I have pointed out, people with MTHFR, MTR, COMT, MAO, GAD, ACE and other SNPs are more sensitive to elevated levels of folic acid.  Having a SIBO problem predisposes you towards having a methylation problem.  If someone has SIBO, then treating SIBO and restoring gastro-intestinal health has to be the first place you start when dealing with a methylation issue.  For without a healthy GI tract, it is impossible to know if the vitamins and foods we are eating are helping or hindering us.

While it is very important to know what SIBO is (Part I), we still haven’t answered the question of what actually causes SIBO?  And if you were wondering how that problem starts, then you are in luck!  We now know that SIBO can only occur in the gut when certain conditions are met.  When I meet a new patient and begin working with them to heal their methylation issues, the first thing we have to look at is their gastrointestinal health.  This is to say it is very important to know if the gut is healthy before you begin working on methylation.

If you don’t have a properly functioning gut, then taking vitamins and eating healthy, nutritious food may not give you the benefit you were looking for – it may make you feel sick!  Without a healthy gut, throwing vitamins and food into your mouth is like pouring fertilizer onto weeds.  This is the #1 reason why someone gets side effects and negative reactions from taking methylation supplements.  To rule this problem out I ask many questions, but the most important ones are:

Believe me, these issues above are very common!  Its not a stretch to say that many of the people reading this article and watching this video have at least one of these issues right now.  The reason these problems are so common is that modern life is VERY hard on our digestive system.  GI complaints are a leading cause of doctors visits, and drugs that treat these issues are top sellers, grossing billions for the pharmaceutical industry.  But just having the symptoms listed above doesn’t mean you have a SIBO problem, it just means you need to rule it out.

In order for SIBO to become a problem in your body, you need to have a combination of altered gut motility, low stomach and a poor balance of gut bacteria.  The latest studies are crystal clear that this is the real cause of SIBO. The following list outlines in more detail these causes of SIBO:

The Three Root Causes of SIBO

Having low stomach acid or an irritated and inflamed ileocecal valve doesn’t automatically mean you have SIBO – but it does mean you are more likely to get it if you don’t fix these problems.  And drugs such as proton-pump inhibitors, aka the little “purple pill”, and oral antibiotics are proven to cause damage to our digestive systems.  SIBO is caused by antibiotics because these dangerous drugs don’t just kill “bad” bacteria, they also kill the “good” bacteria.  Without the healthy bugs in our gut, we don’t digest our food and our immune system becomes progressively inflamed.  By taking antibiotics we may make the symptom go away temporarily, but we create even bigger issues later on.

Just like a forest fire destroys the trees on the side of a mountain, antibiotics kill bacteria.  But not all bacteria is dies when antibiotics are given.  The good guys are mostly killed – lactobacillis and bifidobacteria – but the aggressive, antibiotic-resistant strains usually survive.  And just like on a mountain when the trees are killed, the weeds and invasive plants grow crazy since there is no longer competition for sunlight, nutrition, and space.  It is exactly the same in the gut.

Studies now show that when antibiotics kill the good bacteria, it simply allows the aggressive bugs access to more nutrition, more fertilizer and they grow faster.  When those aggressive bugs begin to grow and spread they don’t stay in one place; they start to grow into the upper small bowel.  This is how antibiotics give rise to SIBO.  Aggressive bacteria are kept in check by our good flora.  When antibiotics kill our good bacteria, there is nothing left to keep the aggressive bacteria from growing rapidly into the small intestine.  But don’t expect to hear this explanation next time a doctor prescribes that you take antibiotics.

In my opinion, taking a PPI drug is also very risky.  I say that because low stomach acid is a risk for bacterial overgrowth; and without acid in the stomach, the environment in the small intestine changes.  Without acid from the stomach, the pancreas and the gall bladder do not release their digestive juices.  Normally the pancreas releases enzymes and bicarbonate that helps digest our food and raise the pH of the SI.  When the stomach acid is absent, the pancreatic juices are absent.  This is why laboratory testing routinely shows low elastase and an acidic pH – two consequences of the pancreas not releasing digestive juices.  This is one of many examples of how shutting of stomach acid by taking PPI drugs greatly disrupts the digestive process.  In a future video, I will elaborate more on this idea and show you exactly what happens to the body when stomach acid is shut off – scary stuff!

SIBO is a growing problem that is caused by bad food choices and side effects of commonly-used medications.  The standard of care in the US still relies heavily on antibiotics and proton-pump inhibitors (PPI) to treat gastrointestinal complaints.  If all you are trying to do is make the symptoms go away, then these approaches work well.  Ask anyone who takes Nexium or omeprazole (the generic name for PPI drugs) for heartburn and they will tell you how well it “makes the burning go away”.  And we can’t argue that point – if you shut off acid production completely in the stomach, then there will be no burning.  Unfortunately, these toxic substances (aka pharma drugs) also make if very difficult to absorb nutrients from your food and promote the growth of pathogenic bacteria.

Research now proves that dangerous and unnecessary drugs used to treat gastrointestinal complaints are responsible for causing SIBO.  The fact of the matter is that we over-use drugs in our society.  Whenever drugs are used, in almost every case, there exists a natural alternative that works often better than the drug, has zero side effects, and promotes rather than hinders our overall health.  If you or someone you know is suffering from SIBO, please reach out.  I have been helping many patients heal their gut naturally and balance their genetics.  Through diligent research and application of methylation science, we have been getting great results.

Those of us with changes to our MTHFR, MTR, COMT, MAO, GAD, ACE and other SNPs are more sensitive to digestive problems.  This partly has to do with the excess folic acid that comes from bacterial overgrowth.  It also has to do with the fact that methylation imbalances make us more sensitive to inflammation, malnutrition, and malabsorption.  With methylation genes in our bodies, just being average won’t work.  To be truly healthy, we have to do better than average, we have to strive for excellence.  And that is what I do.

By studying the current peer-reviewed research, Dr. Rostenberg has discovered powerful, natural strategies to restore your gut and heal your body.  He can help you uncover the genetic or root causes of your health problem and find a natural solution!  If you would like help with your methylation genetics to improve your gut function and reduce/eliminate your symptoms, please contact Dr. Rostenberg at Red Mountain Natural Medicine today. Phone 208-322-7755. Email redmountainclinic@gmail.com. Website http://www.redmountainclinic.com

We are excited to announce the release of Dr. Rostenberg’s new book titled Your Genius Body. The book is currently available for download from our BeyondMTHFR Store. Your Genius Body is available in Kindle, paperback and iBook format for purchase for as little as $7.00!